Below are some comments from professionals Virginia has either been employed by or collaborated with.

Louise Weiss on Virginia as self-shooting director & editor of ‘Beyond My Brain’ for the London Brain Project: 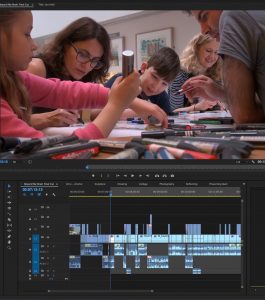 “We wanted to capture some of the rich conversations that took place between children with brain injury and their families, scientists and artists, as they co-created artwork together during one of our Art-Science workshops.  Virginia achieved this and more, while also responding sensitively to the situation. The film she produced captured the essence of the day, revealing the intimate and often moving exchanges between parent and child, and between patient and practitioner, which often go unseen.  The film is as a perfect testament to our ethos and our mission. Virginia was a real pleasure to work with – always professional, positive and personable”   – Louise Weiss, Co-director: London Brain Project

Shuchi Kothari on Virginia as director of ‘Fleeting Beauty’: 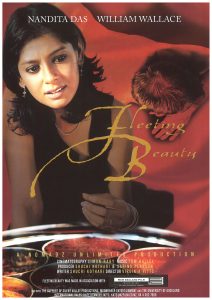 “As writer/producer of the experimental film ‘Fleeting Beauty’, I am so pleased with Virginia’s realization of the project.  During the process of making this film, I was most impressed by her precision, her keen eye for detail, her sensitivity towards actors, and her commitment to the sensibility of the story. Virginia’s fluid and sensual visualisation of my screenplay brought it to life beautifully. Despite her ambitious shooting plan, she kept the shoot to schedule, within budget, and maintained excellent relations on set” – Shuchi Kothari, Writer & Producer: ‘Fleeting Beauty’

Vanessa Alexander about Virginia as director on ‘Being Eve’: 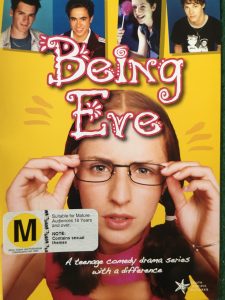 “Virginia joined a team of directors working on the second season of the South Pacific Productions TV series, ‘Being Eve’.  From the start, I was impressed by Virginia’s meticulous prep; she knew all the characters and plot-lines for both seasons before she stepped in the door and was fully aware of the programme’s house style. The production period was both ambitious and fast-turnaround. Virginia was required to direct a large cast and crew, something she does with a winning mix of energy, authority, sensitivity and wit. The footage she produced for her episodes was strong, and built effectively on the scripts.  The series sold to over 40 countries and won multiple awards, a testament to the entire creative team”  – Vanessa Alexander, Producer: ‘Being Eve’

Alison Ripley Cubitt on Virginia as script editor of ‘Fractured’: 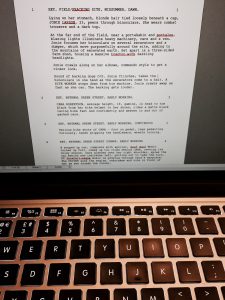 “The job of the script editor is to assist the writer to turn a good script into a great one. Virginia is both diplomat and dramaturg, with the skill and ability to see the story through the eyes of the director. I learnt so much from her as we worked through ‘Fractured’. Precise and clear with her instructions and always respectful of the writers’ role, it’s been an absolute pleasure to work together to create a production-ready screenplay” – Alison Ripley Cubitt, Co-writer: ‘Fractured’

Jonathan Clark on Virginia as workshop facilitator (improvisation for film): 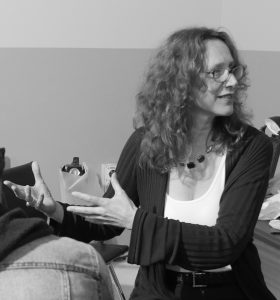 “Virginia was incredible with our students, drawing on her vast knowledge of film craft as a writer/director to teach them how to flesh out and deepen characters through improvisation. I highly recommend working with Virginia; she is personable, refreshing, creative and inspirational. Thanks to her work with our students, they produced some of the best short films I was involved with during my tenure at EIT” – Jonathan Clark, former Lecturer:  Eastern Institute of Technology